All Souls, 2016
(Picture actually taken October 30, 2016)
Vandals removed all flags except for the US flag,
and stole the garden plot border as well.
The flags are now restored but we wait
for the cemetery to install a new border. 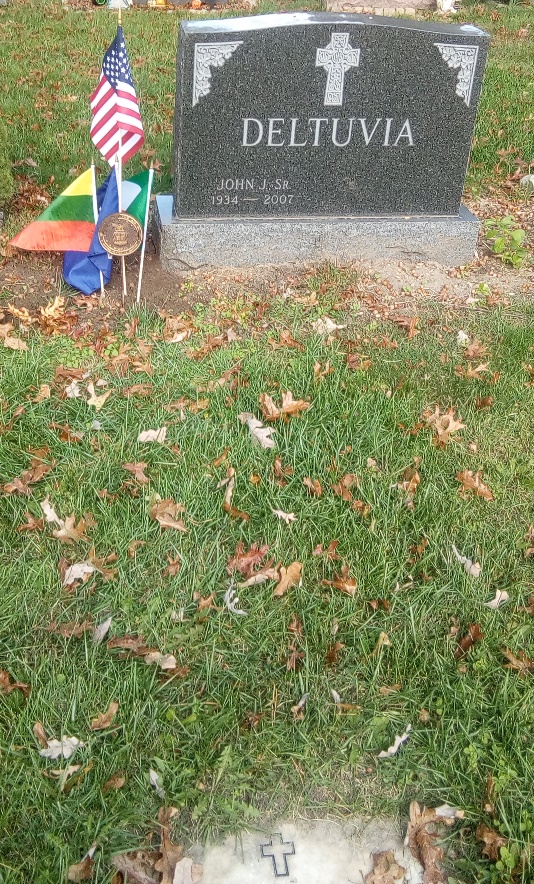 Good Friday, 2015 - Changing of the flags and Easter season cross 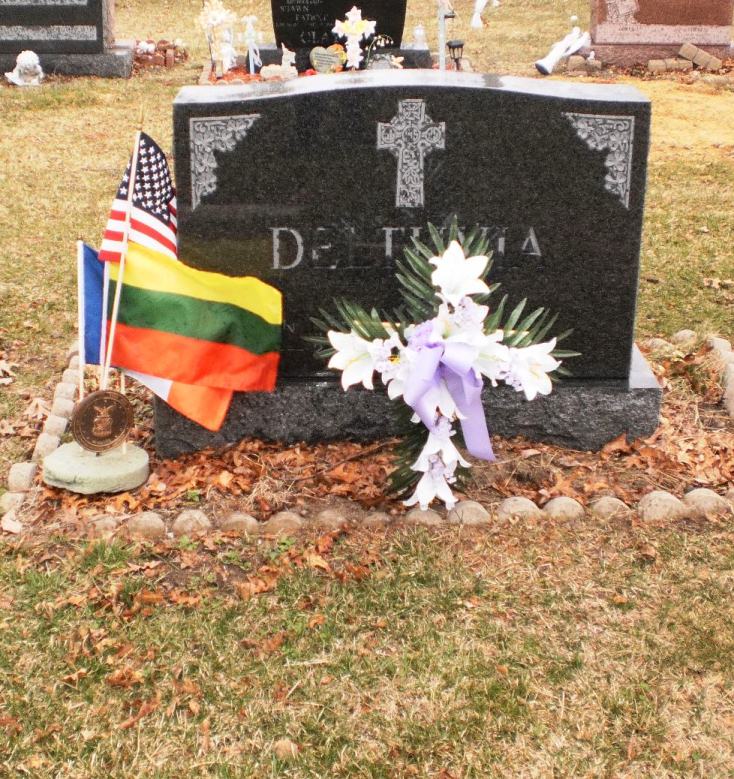 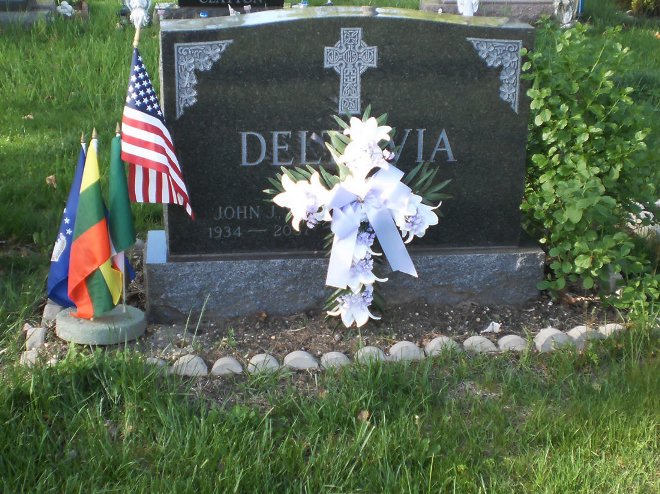 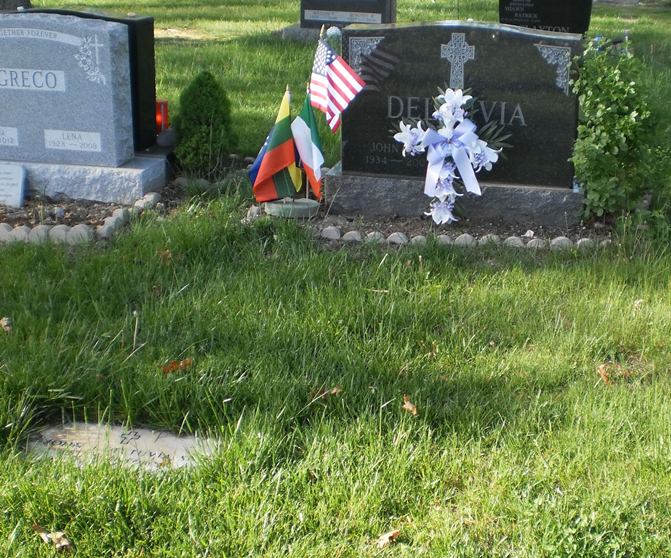 November 5, 2013 - Changing of the flags and weeding of the site:
The graveyard is clear of storms. 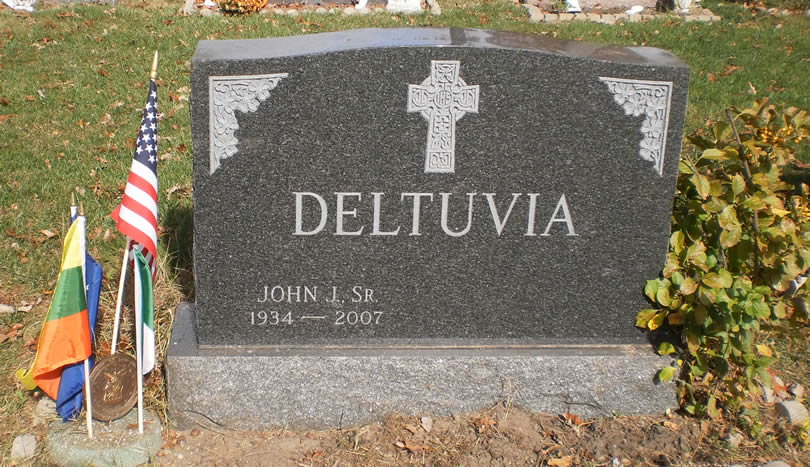 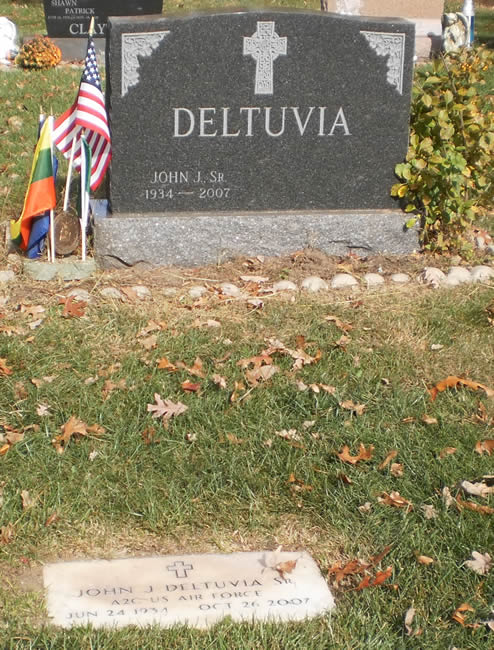 November 12, 2012 - Veterans' Day Holiday:
five years after his passing, the cemetery is askew with broken branches and dead trees
due to the one-two punch of Superstorm Sandy and the nor'easter that followed;
he has no need to worry about that now. 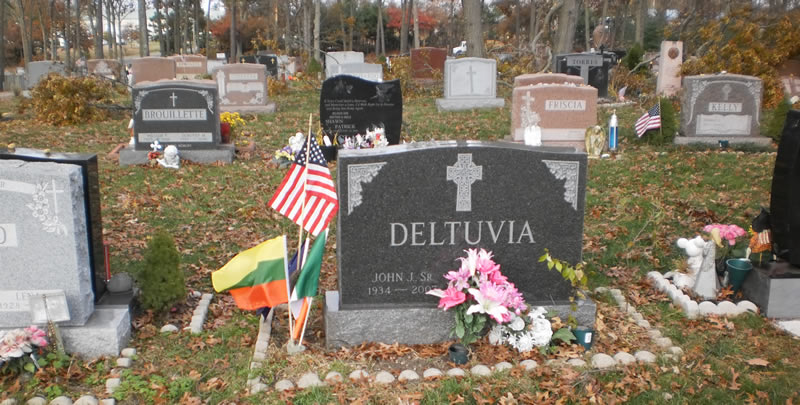 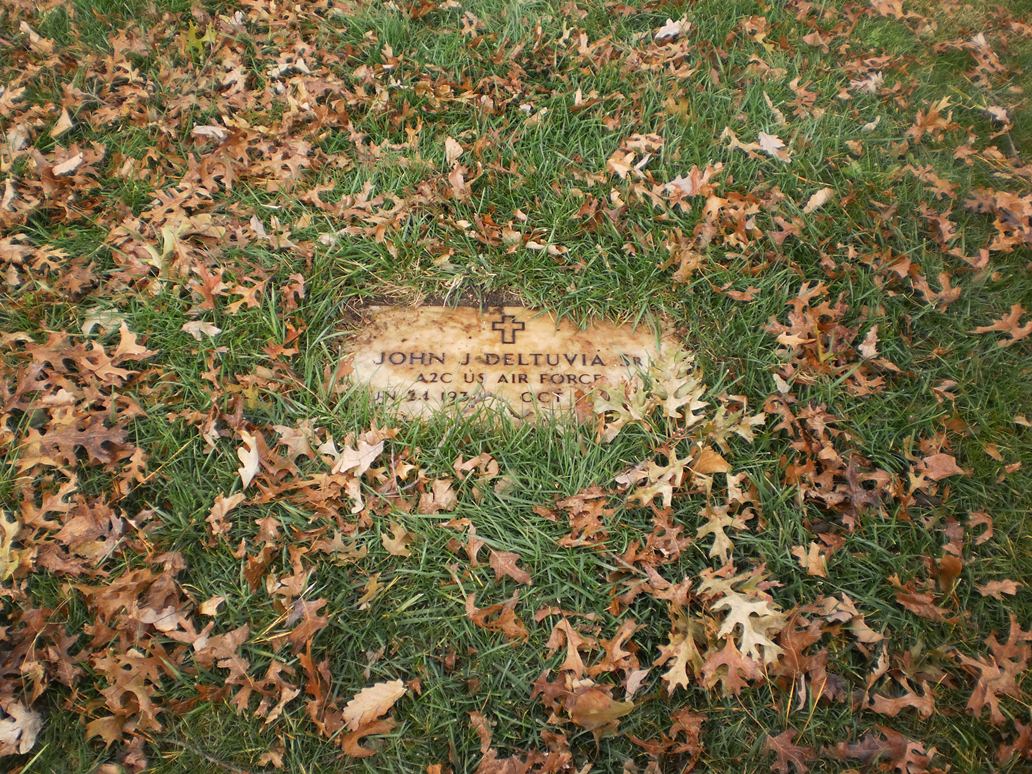 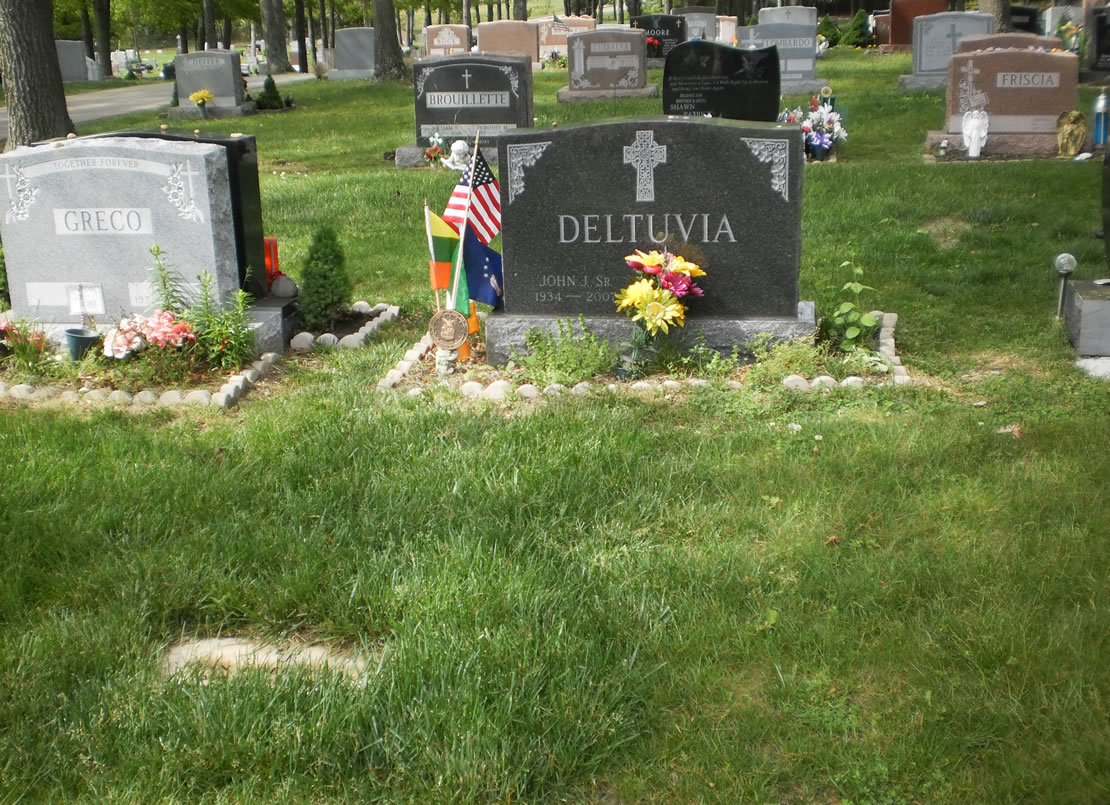 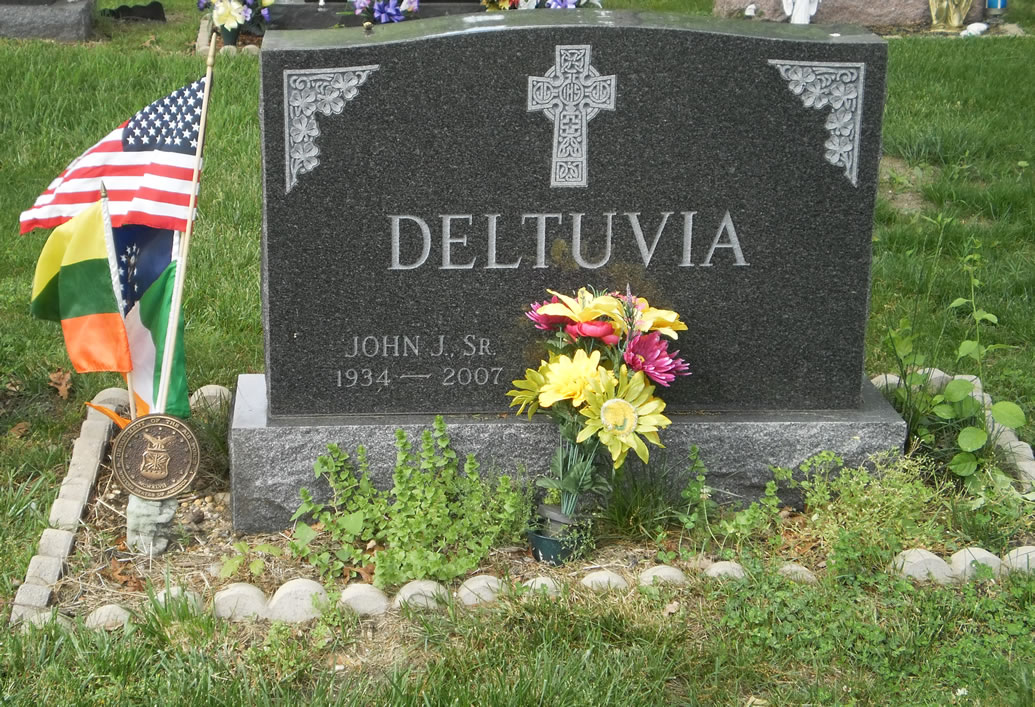 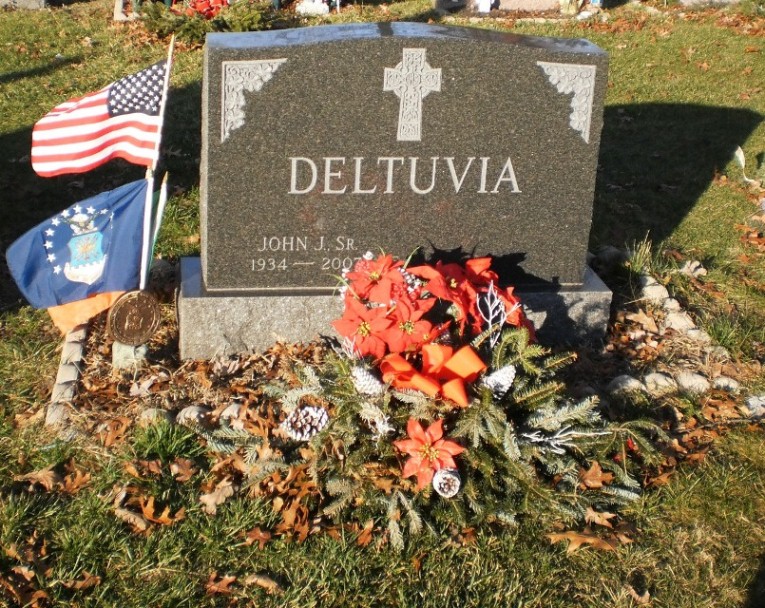 "For still there are so many things
That I have never seen
In every wood in every spring
There is a different green." - J.R.R. Tolkien 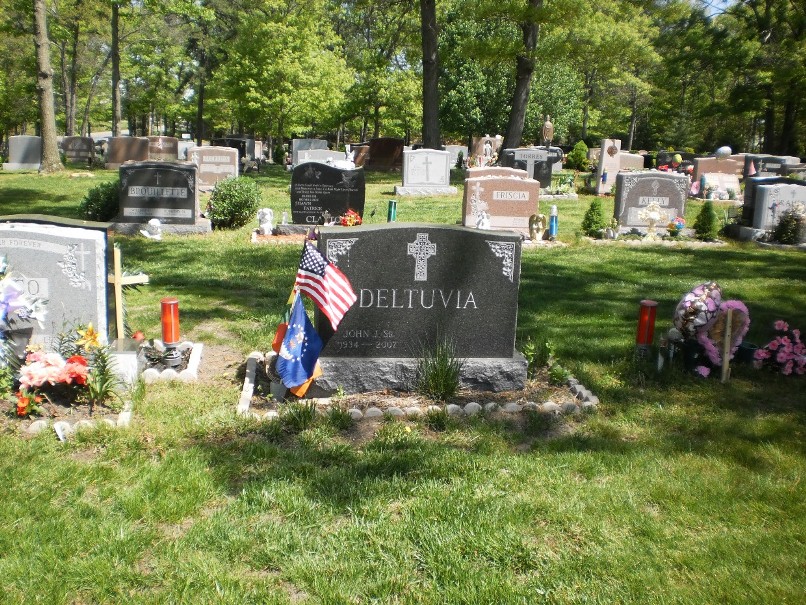 From a distance, the leaves are dropping, the spruce is growing, and new tombstones are erected 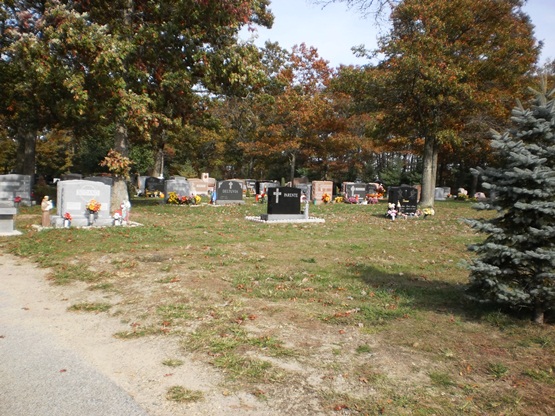 Closer in, as Veteran's Day draws near, the flags have been replaced as they are each three months 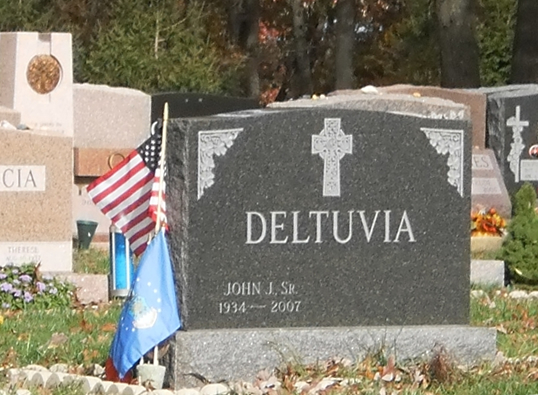 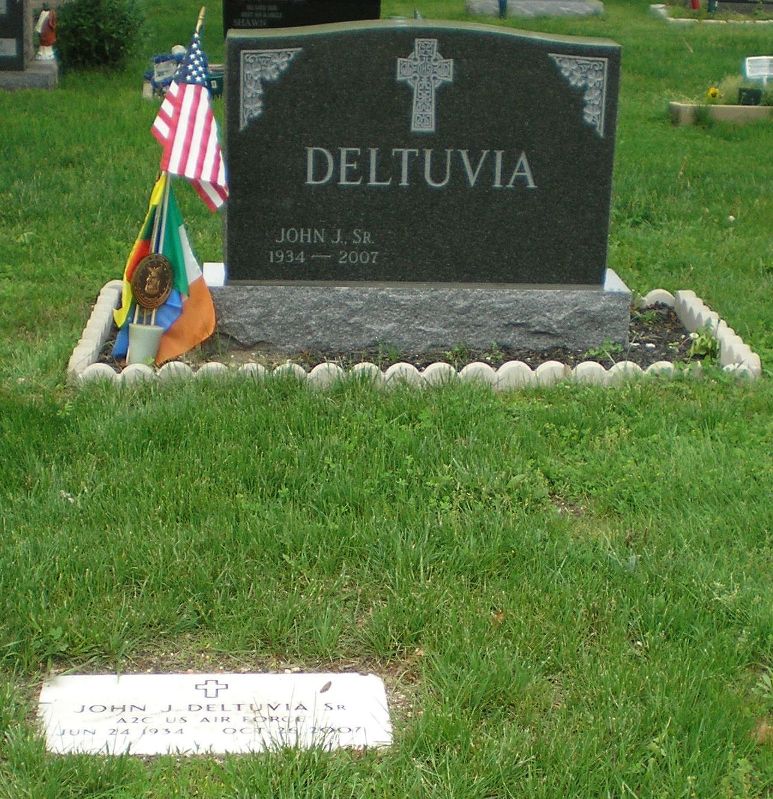 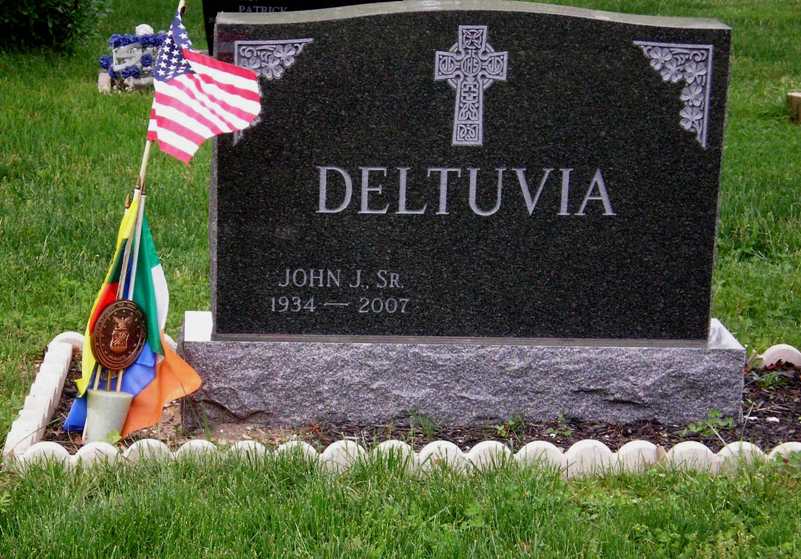 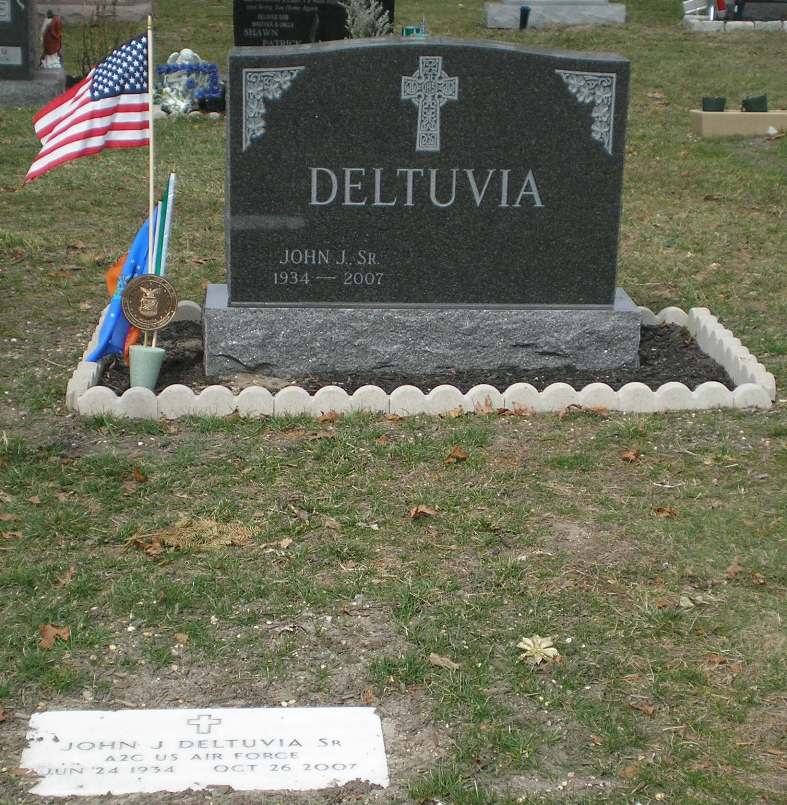 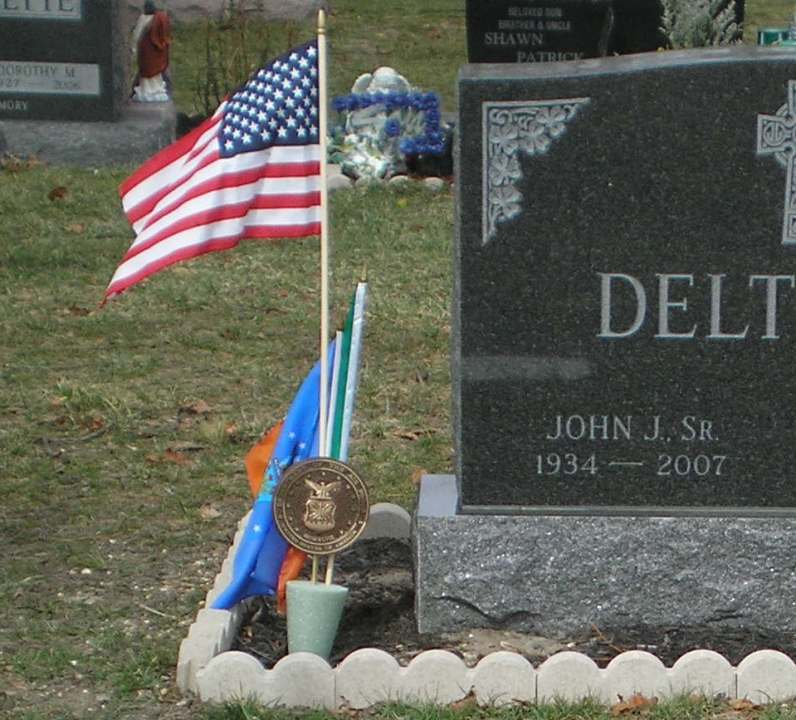 Seen dimly through the Evergreen 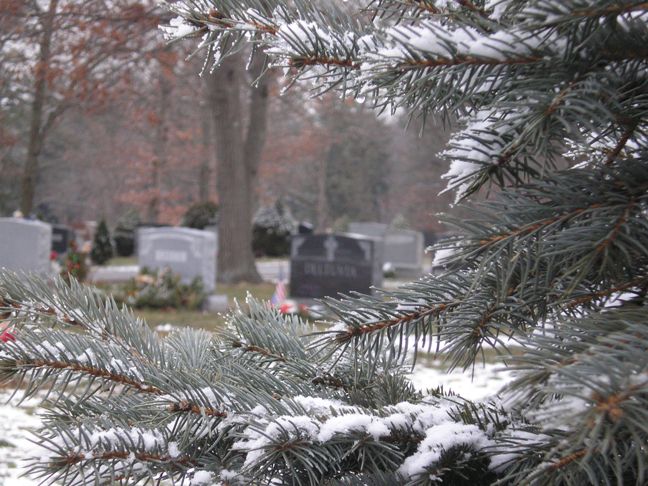 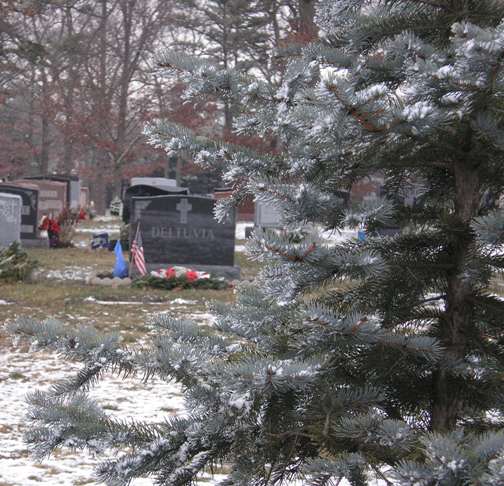 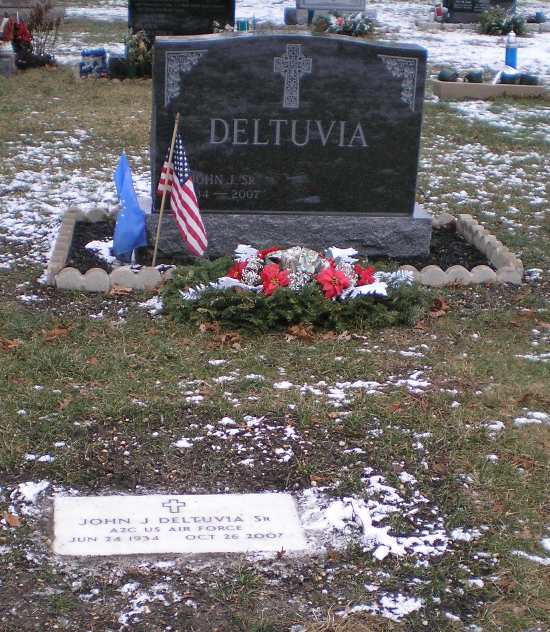 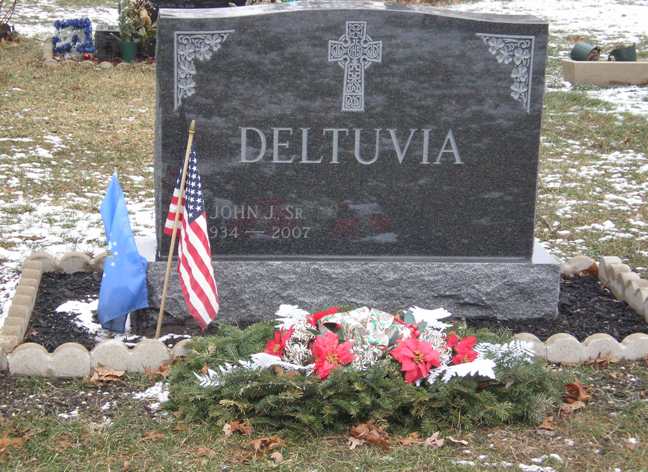 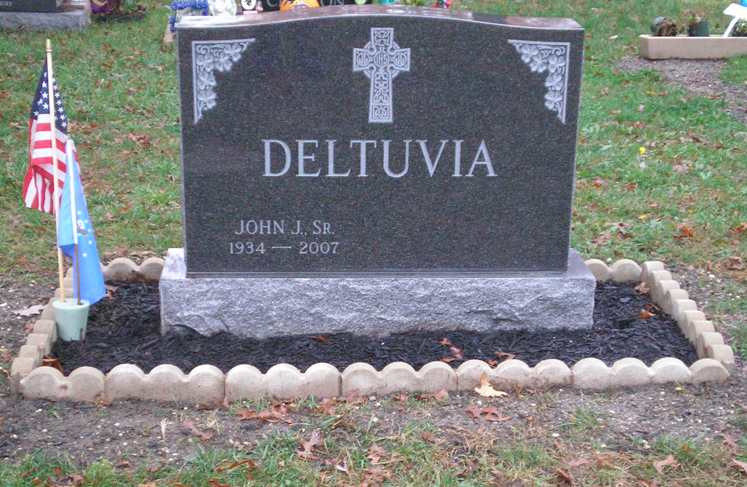